At the end of September, I had the pleasure to attend the opening of the new exhibition of the Deutches Klingenmuseum in Solingen, The Sword – Form & Thought. It was a special moment for me, as I had a small part in the preparation: together with Peter Johnsson, I had been working over the last year on the computation and display of the dynamic properties of swords. I am very happy with this collaboration (I hope Peter is, as well), and it was exciting to see the full exhibition, and finally read the catalogue!

I wanted to write a quick review of the exhibit and accompanying catalogue. The catalogue is actually what I have worked most on, and I am arguably not a completely unbiased reviewer! I do think it is a very important publication on swords, which showcases many new ideas and contains a wealth of previously never published data.

The exhibition is relatively small, you will not go through rooms after rooms with walls filled with swords as you might experience in permanent collections of bigger museums. Rather, the point of the exhibition is to display carefully selected specimens, representative of many different sword types. The downside is that there are few examples of each type, and fans of one specific type could find it frustrating. The upside is that you get to see the variety of swords, and what unites them as swords across time and space. You navigate from viking swords to longswords, to rapiers, passing through messers and falchions.

Having worked on the catalogue, I had already seen drawings and measurements of many of the swords in the exhibition. Seeing the swords in person gives a sense of scale to all of this that I was still missing! The dominant feel that I took away is how tight and almost delicate everything tends to be; not just the handles as is often observed, even guards and blades. Modern examples seem overbuilt somehow, after seeing the show. This is not a new trend either: the museum hosts some 19th century fake rapiers in its permanent display, and although the guards are quite correctly proportioned they are huge and thick.

The display cases are well made and you can look at the swords from quite close if you so desire. The lighting is good! Each sword is accompanied by a notice, and when applicable by the hypothetical geometric construction that gave the design according to Peter Johnsson’s research. A few information panels are scattered throughout the exhibition. Sadly they are only in German, which means international visitors will not always be able to read them. Towards the end of the exhibition there is a beautiful room on the use of geometry for design, including a video explaining some of the concepts.

Next to one display of rapiers, martial artists will have the pleasure of looking at original fencing books, including the huge Thibault volume. There is even Thibault’s circle on the floor! As a Thibault fan, I fully approve, although I think it has been made a little bigger than it should.

One full well-lit room is dedicated to the Xiphos project, for which several modern makers provided their interpretation of a “sword of piercing light”. Around each swords preliminary drawings are displayed, which gives an enjoyable window into the design process.

The first room of the exhibition 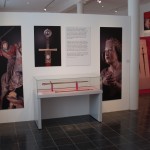 The ‘sword of Saint George’ 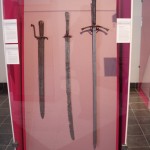 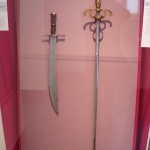 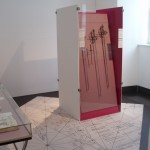 A display of three rapiers and a dagger, sitting on Thibault’s circle 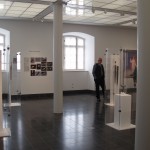 You can enjoy more detailed photos in this album by Carl Koppeschaar… But you should really come and see the exhibition if you can!

The catalogue is bilingual German-English, and is really a special book.

The 192p, softcover volume has the usual content of catalogues: a more detailed notice on each object, quality pictures and close-up shots. Just this would be quite valuable already. But here, for each sword you also have a full length plotting by Peter Johnsson, which means you can get basically any dimension you want without concerns of lens distortion. Some of the plottings also include cross-sections at points on the blade! You also have the basic numeric dimensions: total and blade length, width, blade thickness, weight and point of balance. This is already a lot more detailed than other catalogues; even my beloved ‘The Noble Art of the Sword’ does not go as far, often missing a full length shot, for starters.

It does not stop there! When applicable, you also get the geometrical constructions of Peter. They are a lot easier to carefully consider in a book than they are in the exhibition (not to mention printed at a bigger scale). In fact for any serious enthousiast, I would say it is better to visit the exhibition focusing on the swords themselves, and then get the catalogue and observe the geometrical analysis in depth. 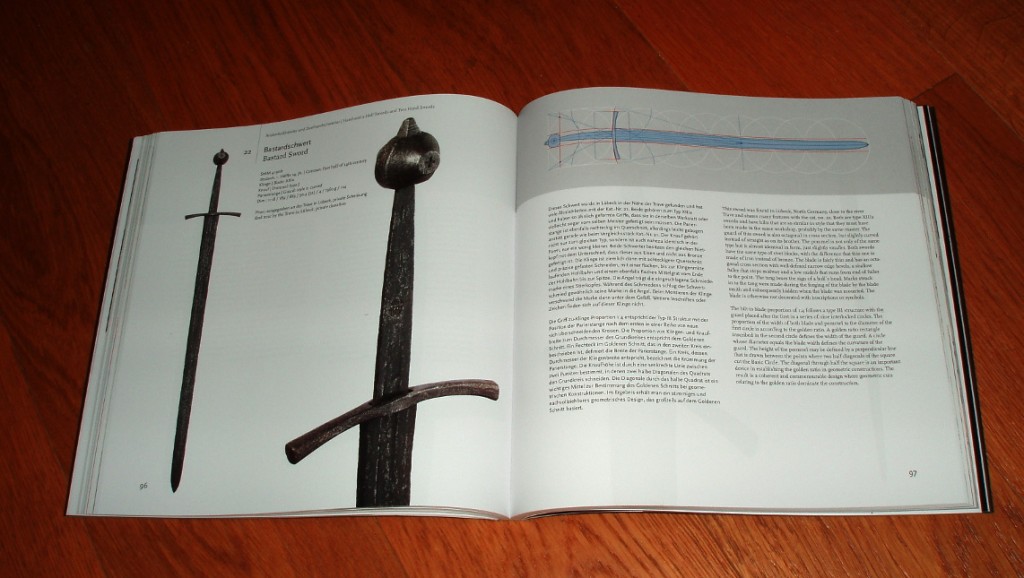 Interspersed in the catalogue are many informative asides on makers, sword and shield, swords of two hands, single-edged swords, and fencing manuals. There are also two short articles that seem especially valuable to me.

The first is about Peter’s method of geometrical analysis. I have yet to digest it fully, but I can say that it goes in depths that I do not think Peter exposed anywhere else. In particular, it notes design patterns that were apparently more common, and outlines the process Peter uses to reverse-engineer the designs. Of course it is not a systematic turnkey method and I am guessing that a lot of experience and trials can be necessary! It does however give a framework, should anyone want to attempt that sort of analysis on other swords. That such a framework can be found is actually a good argument in favour of Peter’s analysis; this is not just an ad-hoc construction for each sword. 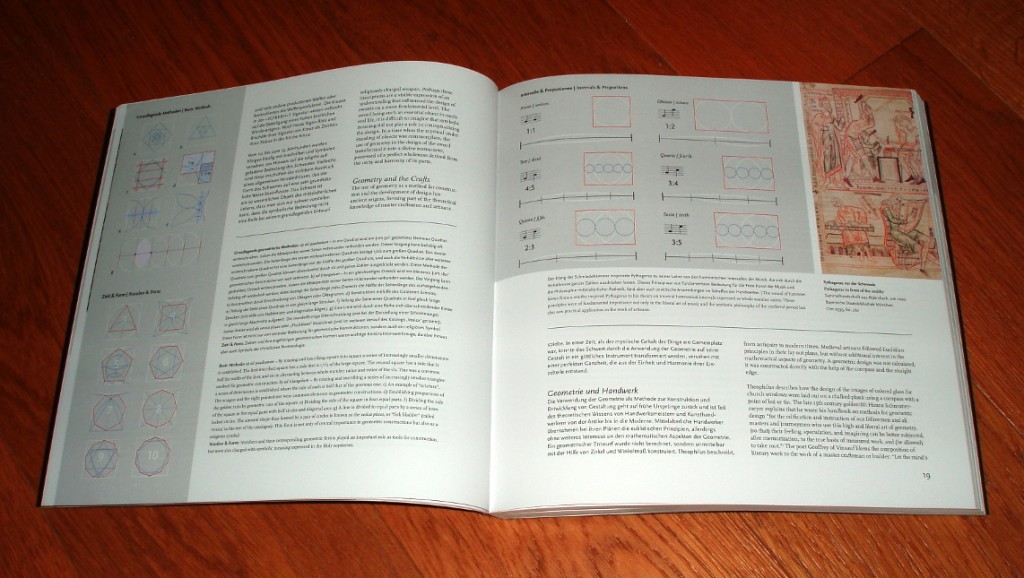 Part of the article on geometrical analysis

Thanks to the diagrams and to-scale plottings, you get some sense of relative size and handling comparison. Never before have swords been displayed in this fashion! I am of coursed biased in favour of this approach, and I am therefore eagerly waiting for other opinions… The more scientifically minded will possibly be frustrated by the lack of a full mathematical explanation of how the representations are computed. We have decided to fully publish that later in an independent work. 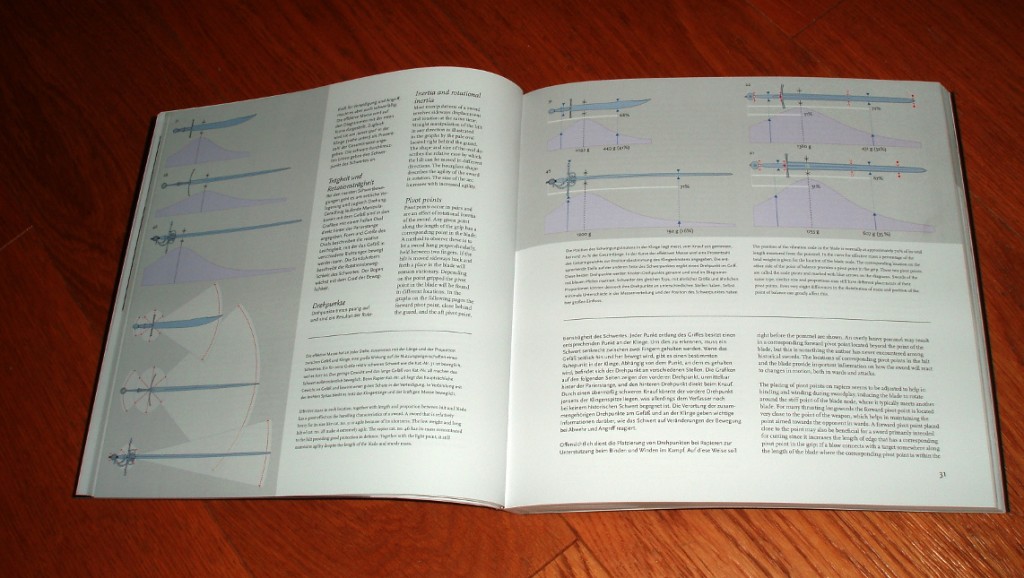 Part of the article about dynamic properties

The dynamic diagram of the iconic ‘Solingen’ sword, as it is found in the catalogue

Even discounting the diagrams, the dynamic data is absolutely original, and you will not see an equivalent anywhere else that I know. You will find here all the dynamic properties that we know how to measure with any accuracy: mass, center of gravity, two pairs of pivot points (or centers of oscillation) and vibration nodes. Anyone could use these measurements to start his own study of the dynamics of swords. It is the sort of data set that I have been longing after for years, and now it is finally available! It has been a joy to work on this and I have learned more than a few things about how real swords are balanced during the preparation.

Even the covers of the catalogue are packed with information. On the front, you have a short memorandum on geometrical design. On the back, a full typology of swords, based on Oakeshott’s and expanded by James Elmslie for single-edged blades. 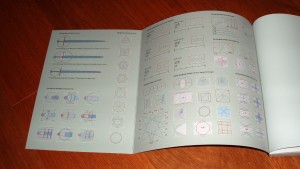 The geometry primer within the front cover 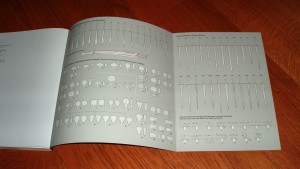 The typology found in the back cover

If you are after in-depth knowledge about sword function and design, this catalogue is an absolute must-buy. Even with hands-on access to all these swords, most people would be hard-pressed to take home such detailed plottings and measurements. Here you get this, and far more, for roughly 1 euro per sword! It is an absolute bargain.

You can order a copy right now here. The 2000 copies of the original run are sold out, but now there is 1000 more of a second edition including minor corrections!