Historical European Martial Arts are original in that they try to rebuild martial arts from texts without the benefit of anyone able to demonstrate said arts. In order to do this as faithfully as possible, people rely on scientific methods for source analysis (taken from the academic field of history), but also on experience gained from the attempts to use the art in various situations.

This latter aspects bears some similarity with scientific experiments done in physics or biology for example. You devise a setup, perform the experiment, then analyse the result. However I feel people are being deceived by this superficial similarity and sometimes lend far too much credibility to this hands-on approach. Reliable experiments in martial arts are actually quite rare, for several reasons that I will attempt to cover here.

Before starting I must point out that I am absolutely not suggesting to ditch such experiments, or the whole practical side of the study. There are a lot of things that they allow; you will be able to demonstrate, show how you think things work out. You will be able to experience, feel for yourself how a technique applies and what effect it has. I just want to point out some difficulties that were not obvious to me at the beginning. 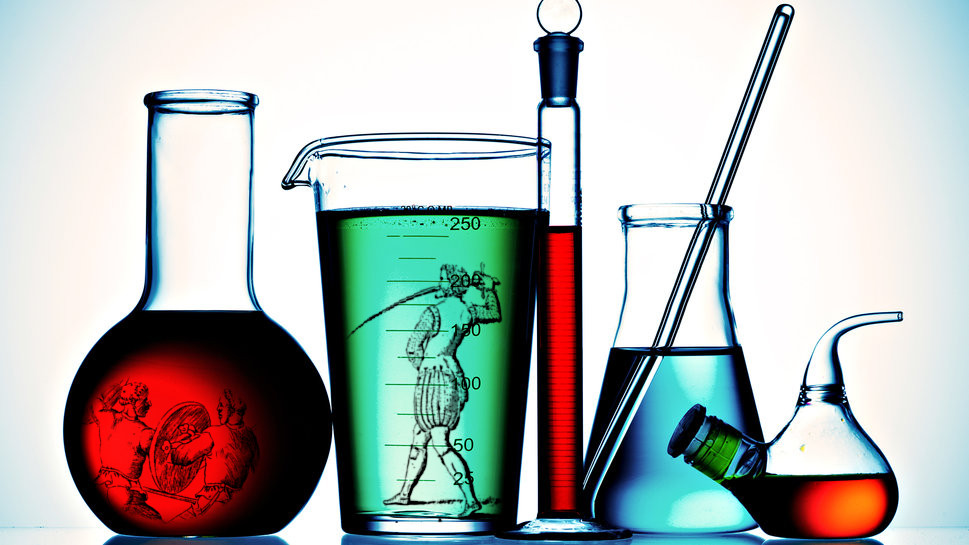 Can you experiment with martial arts as easily as that?

Martial arts involve trained humans fighting against one another. This creates a human factor in any martial experiment, that is quite hard to control for. Human factors are not unknown of in science, mark. Medecine and sociology deal with humans all the time! But here we want to experiment with tasks that inherently need training to be performed, especially for modern people.

I believe most people with training in martial arts will attest that not one of the moves works as advertised the first few times (sometimes a lot longer!). A year of training makes a world of difference in the capabilities of any beginner. Training will increase power and stamina, but also coordination and dexterity, which can change the outcome significantly as well. The very point of training is to be able to perform feats that were impossible to you at the start. The more you fail, the closer you might get to succeeding. You cannot conclude impossiblity just because you failed the first few times. You cannot generalize your conclusion to everyone, or even to yourself in a few years’ time. In paired exercises, when one of the participants succeeds, the other fails (contrary to what happens in test-cutting, for example, where it is mostly human against material). Was the failure due to a lack of training? Hard to know for sure! Martial experiments can also be hard to repeat for other people, who do not often have the same training in either amount or focus.

There are many examples of demonstrations that encounter these problems. Proponents of striking might show how they’d put a grappler down easily, but in their test environment the grappler has very little training. The reverse also happens of course. The experiment is flawed because one party is not properly trained, and sometimes not even honestly believing in their chance. People will contrast historical methods of weapon use while being trained in none of them at the moment. While this might show the most natural method in a sense, because it is good for the untrained, concluding to the general superiority of this method is misguided.

Open tournament have the quality that they generate experiments between people who at least are genuinely trying to perform what they have trained for. This is why stuff that works in tournament generally gets a good measure of respect. But even then, we do not really know if we have not been missing a better interpretation, discarding it too early because it did not seem to work at our earlier level.

The layer of speculation

Historical martial arts are often weapon-based. I would argue that even the wrestling forms were probably influenced by the widespread presence of knives and the need to be compatible with weapon fighting.

This adds a layer of speculation. You can test unarmed martial arts with some realism without anyone suffering too grevious wounds; a famous example is the early UFCs. While a trained fighter can certainly kill someone with his bare hands, there is a window of opportunity to stop the fight before permanent damage occurs, or for one fighter to give up once in a desperate position. As soon as weapons are involved, you do not have that any longer. Even with sticks, a single good strike can break bones and possibly kill without protections. Sharp swords and knives are lethal, one wound delivered with little exertion can cause death. Nothing certain, mind, but this is not a risk a sane person is going to take in a time of peace.

So the experiments in weapon-based arts are inherently speculative. The setup uses safe weapons and rules, we look at what happened and then try to extrapolate to real weapons. That extrapolation is not always easy because the differences in contexts change the reactions. This is why even the results of tournaments have to be taken with a pinch of salt. They are all constrained by rules that influence the behaviour of the people taking part and their relative success.

They had the same problem back then, of course, but they had a more direct contact with the gruelling application of the skills in real-life. That should have made their interpretation of their own experiments a bit more reliable. At the same time, they used different gear and had different knowledge of physics and human body, which may have led them to their own conclusions.

I want to reiterate that I think practical manipulations are very much necessary to gain a deeper understanding of martial arts in general. There are things that are not truly understood until you experience them yourself. There are things that are described in sources, that you can analyze in more depth as you practice, specifically as to why the technique works. Demonstrating interpretations is of course very necessary, and in most cases far quicker and a lot more detailed than simply explaining them. In some cases, several interpretations will make equal sense, and then picking the one that seems to work best is a justifiable choice. There are also material facts that you can prove by a controlled experiment, for example how someone is able to do something to certain targets using a certain weapon. This minimizes the human factor (training is not a problem since the experimenter suceeded) and the layer of speculation (when you use a real weapon on a realistic target).

However, these are fundamental weaknesses in martial experiments and it is good to be aware of them. Thinking about it, the uncertainties of experimental results is what gives such a value to the historical sources: they transmit part of the cumulative experience of years upon years of training. This is absolutely impossible to reconstruct by modern trial and error.