I have come across a thought-provoking post about what it means to strike with intent: What is intent?. The take-away is that intent has little to do with power, and much to do with decision-making and how one fighter gets to do what he wanted to do.

Certainly anyone who has fenced (or fought, as this is not limited to swords) has felt the difference between a technique that happens exactly as premeditated, and a hit that happens almost by accident and comes as a surprise to both participants. It would make sense to emphasize this in all training. It is also the model chosen in kendo, where not only the target areas and techniques are strongly limited, but the fighters must also call the target they intend to hit as they hit. It could be argued that the Judo ippon involves some of that concept as well.

As a bonus, intentional hits are also among the safest to receive in my experience: the attacker, being fully in control of what is happening, is also in the best condition to diminish the power of his strike or pick the most protected spot. Again, there is some analogy in grappling: it is generally much safer to be thrown soundly by an opponent who has acquired full control, than to scramble to the ground together. Having people seek unintended strikes can therefore end up a safety problem. 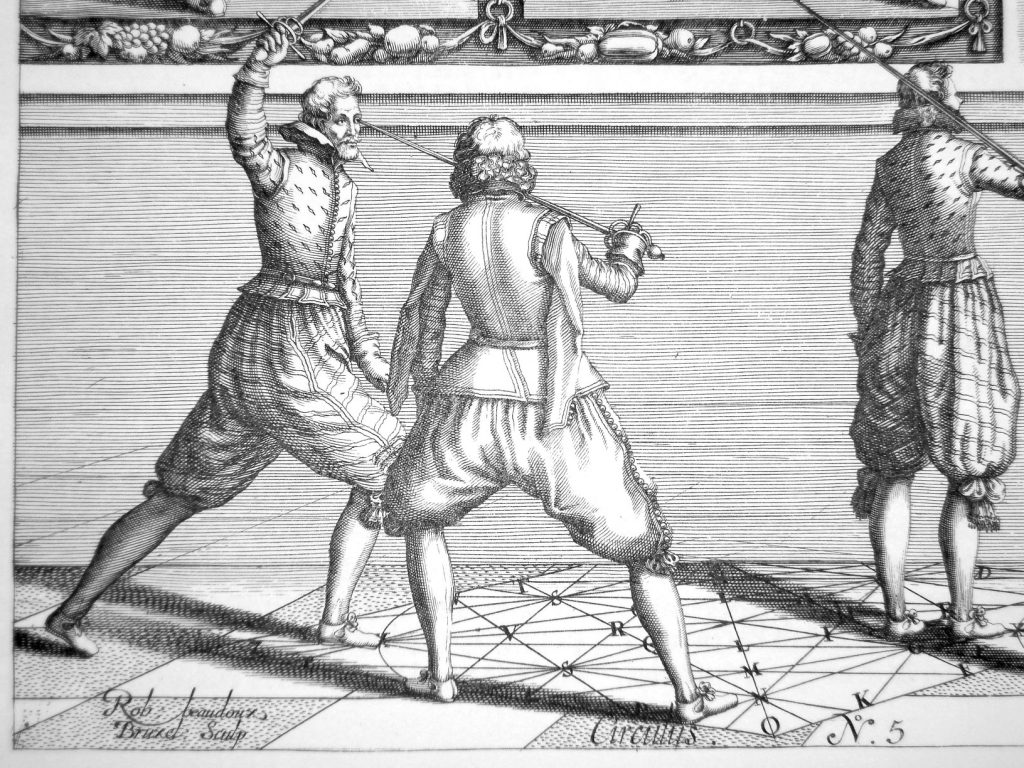 An intentional thrust controlled just short of the target in Thibault.

This being said, it can also be difficult to judge intent from the outside. You need a lot of training to recognize the development of an attack, the subtle hints and manipulation that can demonstrate intent. To an untrained eye, all hits seem unintentional, if they are seen at all!

You could also make a case that the sources studied in HEMA do involve techniques that demonstrate a form of intent that is a bit different. It is similar in tactical aim to an artillery barrage: you strike in a zone with the goal of denying it to the opponent, and if he tries to go through, he is going to be hit. In that sense, the strike is not completely accidental, but it does share many of the attributes of accidental strikes, and can ressemble a fencer who ‘blindly undulates their weapon out in front of them’, as the article puts it. An example of this can be found in Manciolino’s Opera Nova, the first attack from Guardia Alta:

If you and your opponent are in Guardia Alta, and you are the agent, you can deliver a mandritto to his sword hand ending over the arm, come back with a riverso to the same target, and finish with a montante back to guardia alta. If you deliver these three blows, the opponent cannot attack you on any side without his hand meeting your blade.
Antonio Manciolino, Opera Nova, 1531, trans. Tom Leoni

The footwork is denoted later in the first assalto: you step forward with the first blow, stay in place with the second one, and go back with the final montante. In effect, you are cross-cutting in front of the opponent’s hand, and you will only hit it if he comes forward to attack. If he elects to put another target here by his own mistake, I guess you are going to hit it anyway…

I feel like a good practice, which I would like to try and apply at least in friendly bouts, would be to call one’s own incidental hits and never count them as a success.