Girard Thibault’s Académie de l’Espée, finished in 1628, is a very interesting fencing book which contains some of the most thorough descriptions of fencing moves together with very detailed and consistent illustrations. High-res scans of the plates, without the text, are available here. However, that incredible detail is also a huge barrier for its study. It is difficult to hold it all together in your mind, and when you seek advice for a specific situation it can be hard to locate it again, even if you have seen it before!

One of the first useful work I’ve done when I got my facsimile has been to run through the book and take quick notes of what was where. It is this rough plan that I want to publish here, hoping it might be useful to others. It is of course extremely terse and perhaps inaccurate at times, except for the first few tables that I had read in a bit more detail, but it allows one to look up what is where and maybe find specific answers if need be. I might expand that rough plan in the future to include each sequence of circles…

This book exclusively deals with a right-handed opponent armed with a single sword. 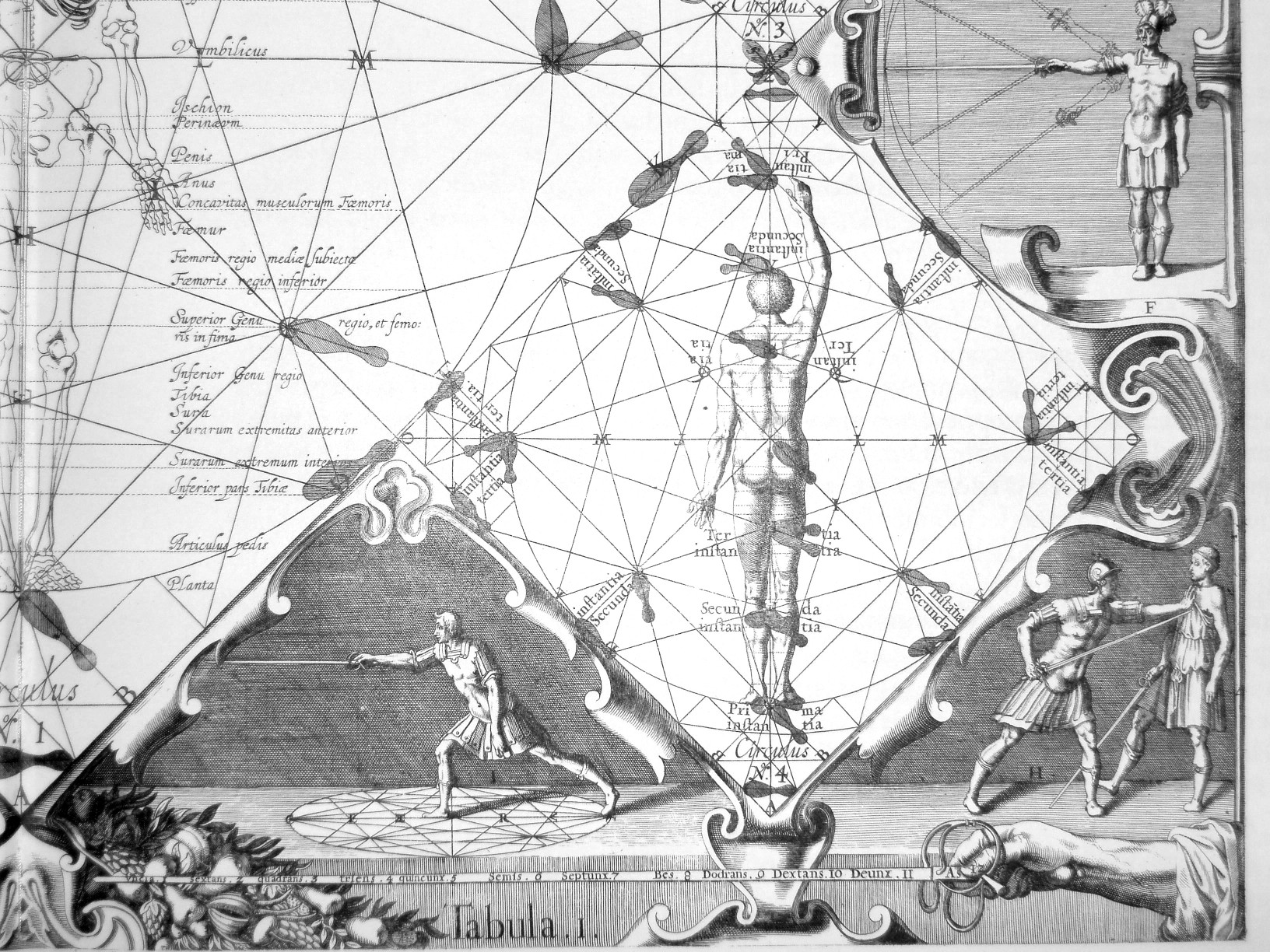 A portion of Table I. 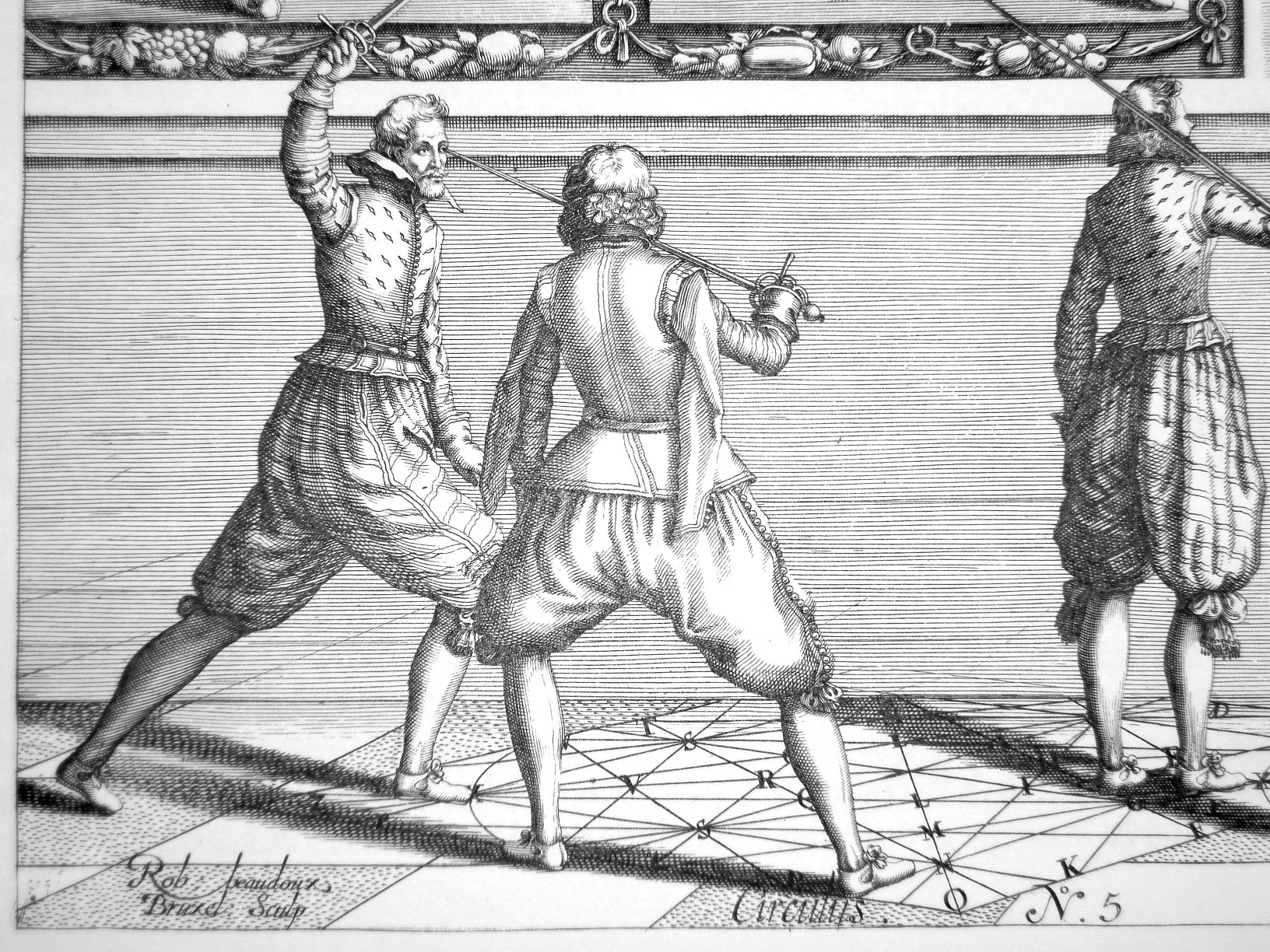 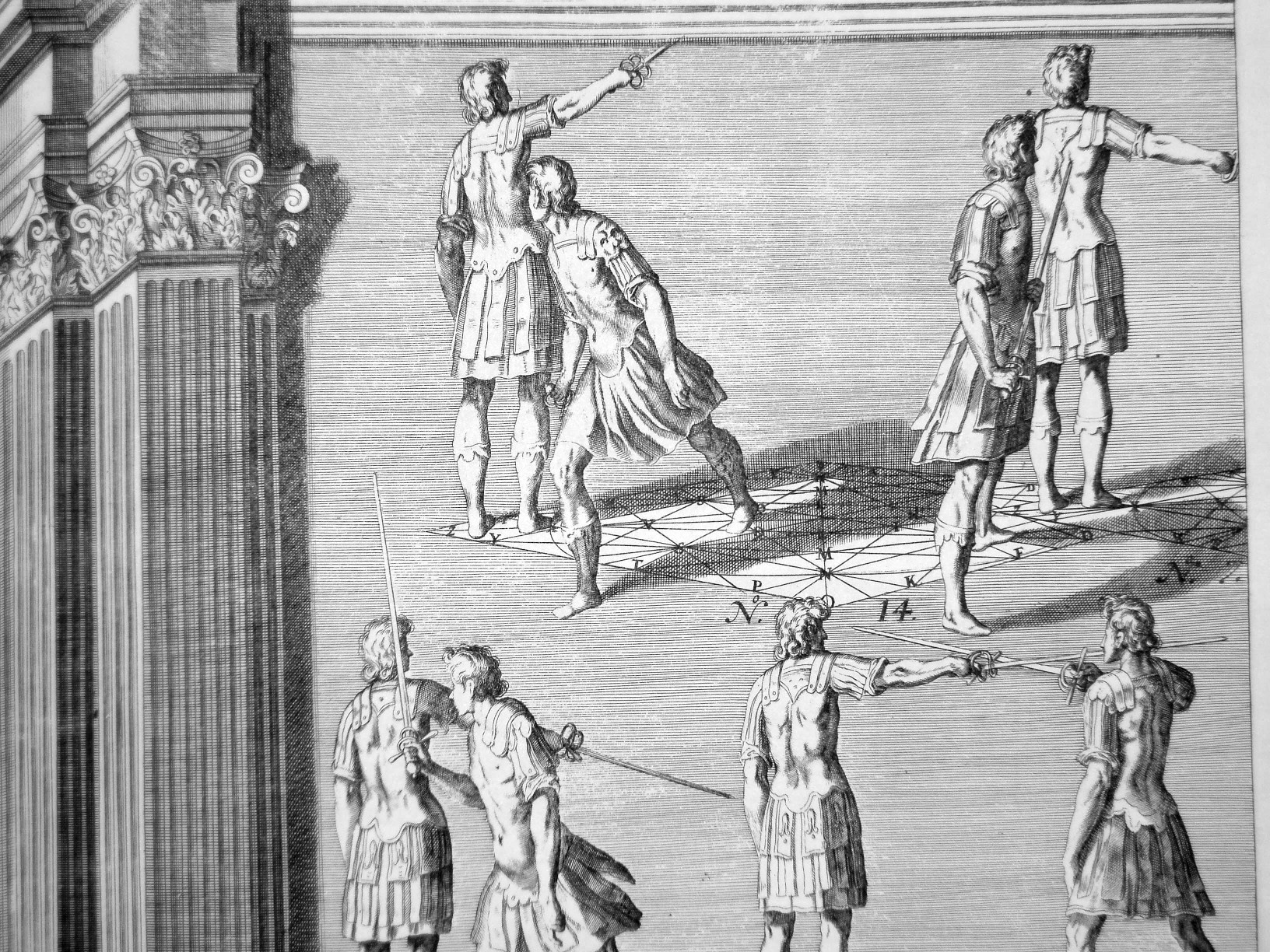 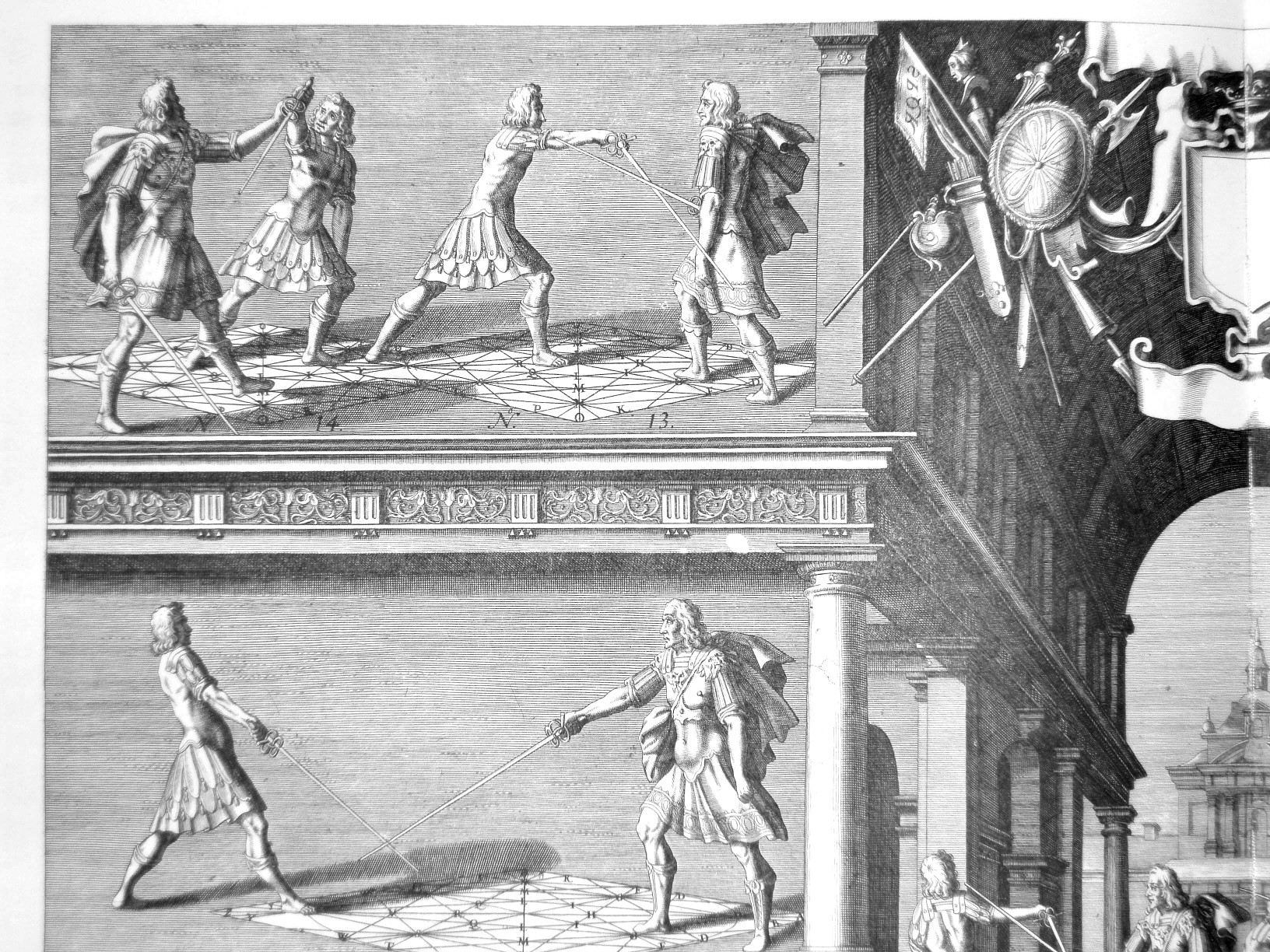 Some of the moves of table XXXIII.

This book details specific cases against different weapon combinations. I have used German names for the postures of the greatsword here, although Thibault does not use that vocabulary and the postures are variants that do not necessarily appear in German works as far as I know. These names should be viewed as shorthands rather than as perfect descriptions.

Table I
Uncaptioned circles. Three of them are the same as in book one, the rest are slightly different in construction.
Table II
Uncaptionned, allegories.
Table III

Against sword and dagger 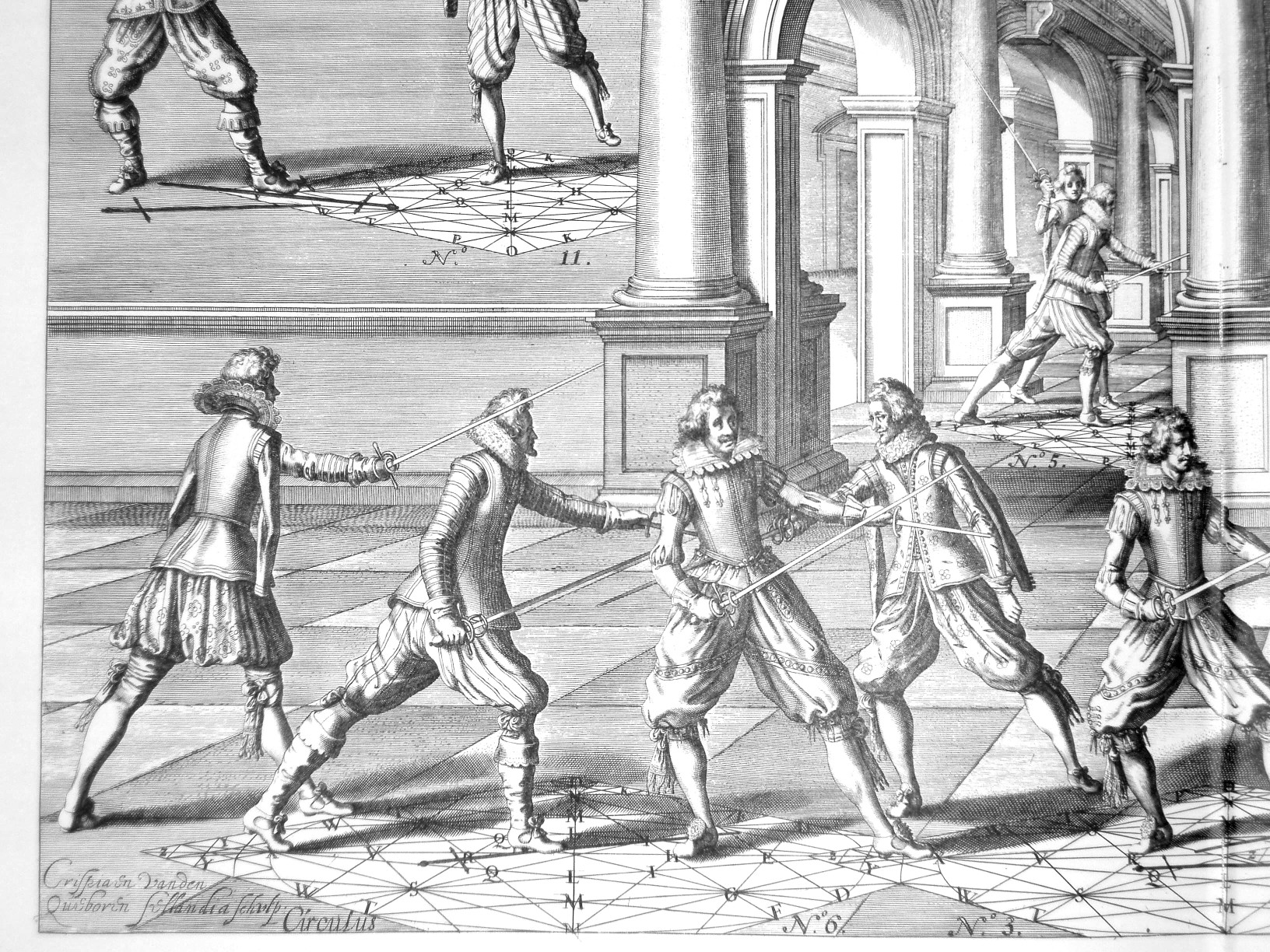 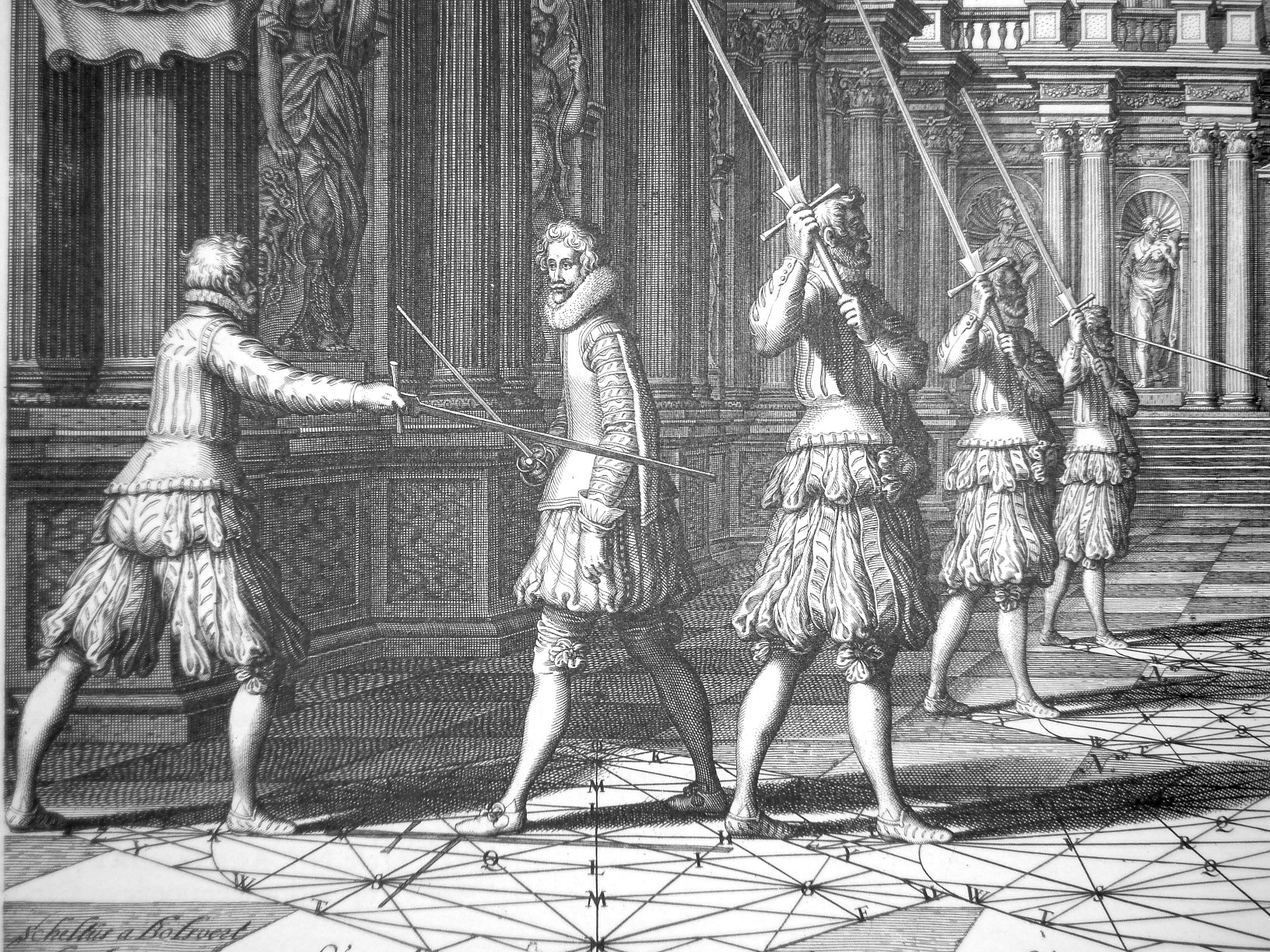